League of Legends is one of the most sought after RPG strategy 5v5 team games in which players are referred to as summoners. There are two kinds of names used by a player in the game — your summoner name, which is visible to all of your friends as well as other summoners in-game, and your account name, which is used to login to the game.

Riot has several policies governing the summoner name, primarily revolving around obscenity. Without getting into the details, basically, you’re free to use a summoner name doesn’t suggest hate speech, slurs, profanity, vulgarity, insults or anything else explicit — even in a historical context.

If you do decide to keep an ‘inappropriate’ summoner name, it’ll be flagged to be renamed. According to Riot, “Just because you’re not offended by a name, doesn’t mean it’s not offensive”. If you think that your name has been flagged by mistake, login to your ID on a browser and click on this link.

How to change your LOL summoner name?

Before we get into the guide to help you change your LOL summoner name, you should know that you’ll need either 1300RP or 13,900 Blue Essence to request a change of name. So make sure that you’ve enough of one of these to go ahead with the steps below.

Step 1: Log in to the League of Legends client and click on the Store button. Once there, click on the Account button, depicted by a profile and gear icon (located to the right of the gift box icon, beside the Purchase RP button). 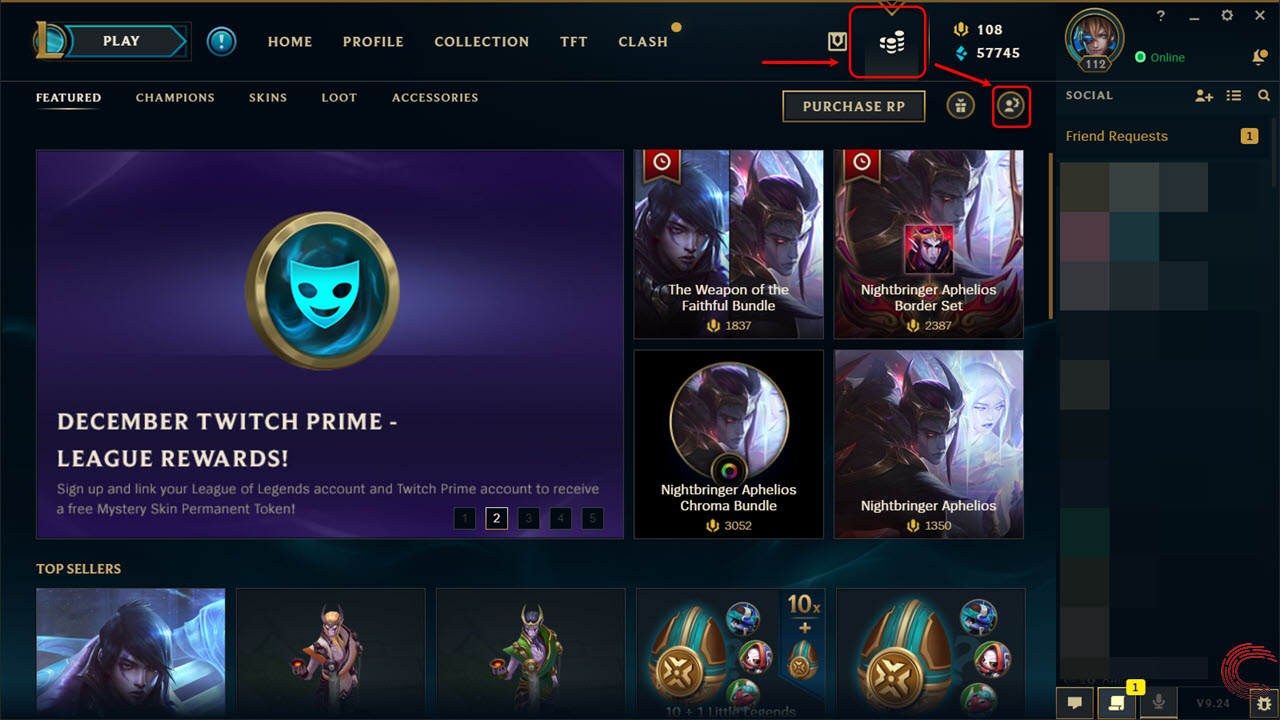 Step 2: On the next page, click on the Summoner Name Change button. 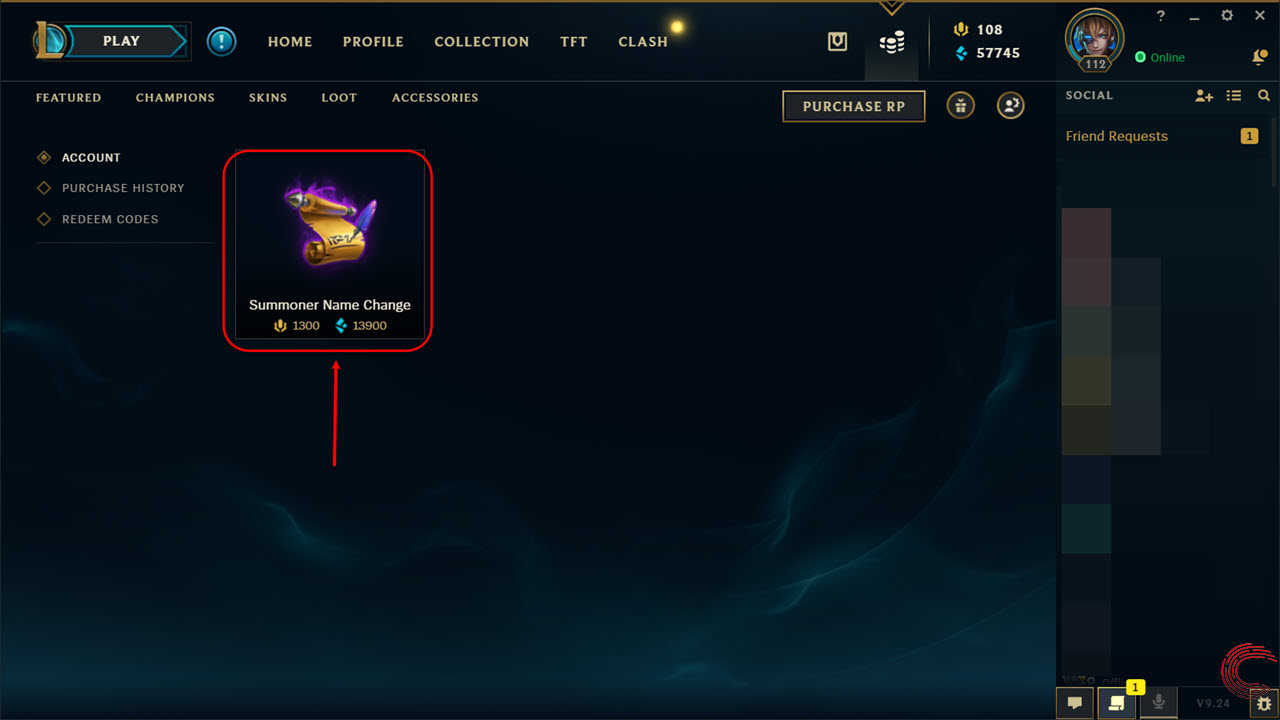 Step 3: Now, type the new name you want to change your LOL summoner name to in the Desired Name box and then click on the Check Name button beside the box. If the name is available, you can unlock it by paying 1300RP or 13900BE. 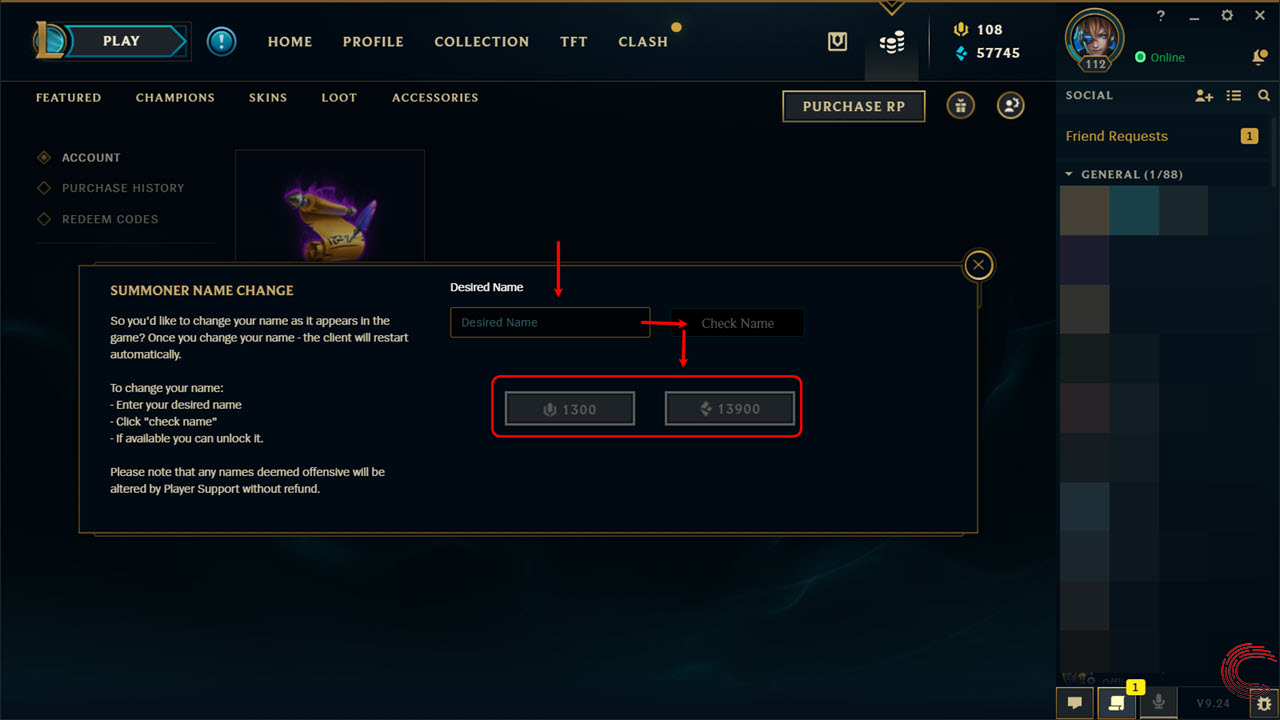 Once you’ve completed the process, the client will restart automatically, and upon logging in again, you’ll see the new summoner name. Your name will be modified in your Friends’ list soon after you request the change.

As mentioned above, any names that Riot considers to be offensive are altered by their Support team. If such an alteration is made, no RP or BE will be refunded to the affected summoner.

Summoners also have the option to change spacing and capitalisation of their summoner name for free just once. 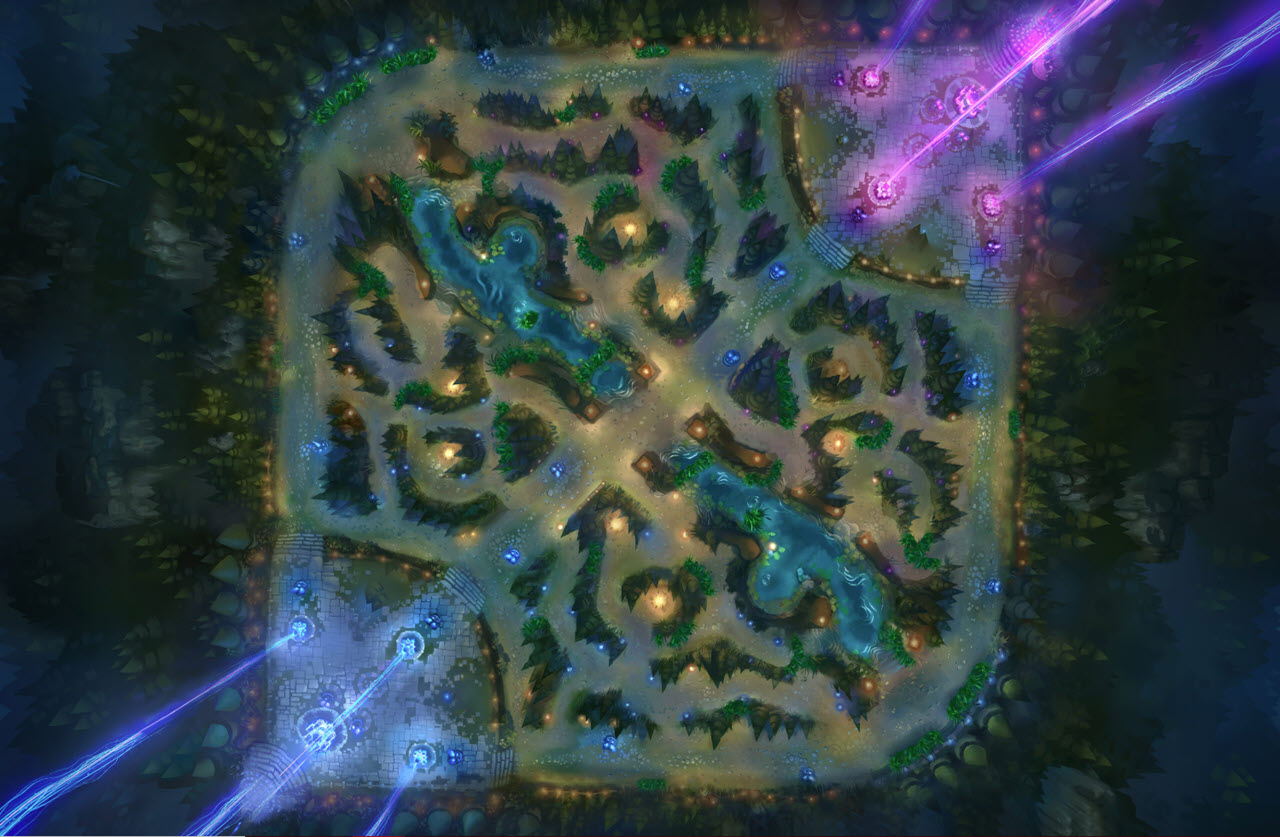 Submit a ticket to Riot here with the subject line: Summoner Name Change.

If you’ve more than one League of Legends account, you can swap summoner names between them for the same cost of 1300RP or 13900BE as it costs to change your LOL summoner name. To initiate the swap, submit a ticket to Riot with the subject line: Summoner Name Swap; alongwith the following information about each one of the accounts.