How to get free Google Play credit? 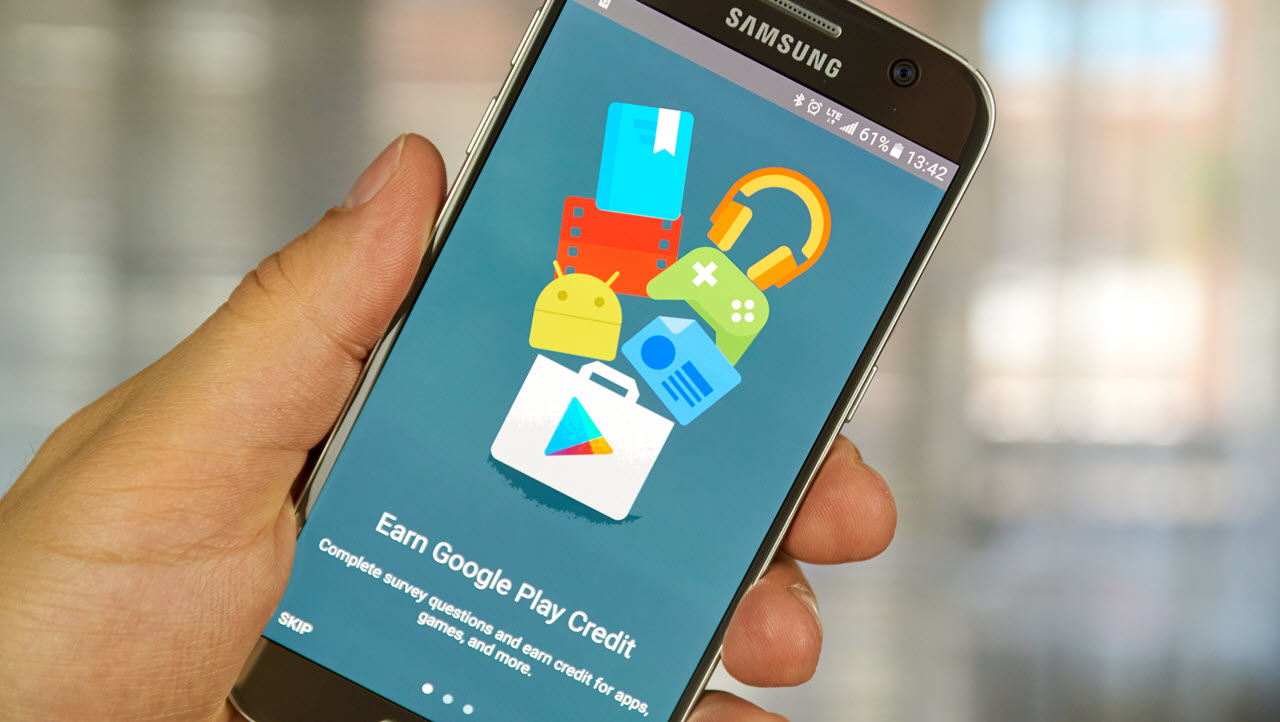 Google Play Store hosts millions of apps, games and more stuff for the billions of Android users worldwide and while a vast majority of them are free to install — with or without in-app purchases — you’ve to pay for the really good ones (mostly). But if you’re not feeling like emptying your wallet for an app yet, don’t worry as there is a way to get free Google Play credit and it’s all legal — no backdoors, no cheats — which can help you buy yourself that game you’ve wanted for some time or an app.

The answer to your query of getting free credits for the Google Play Store lies in another app by the tech giant, called Google Opinion Rewards by the company’s survey team.

You can register with this app via the same email ID that you use in the Play Store, answer a few survey questions — that largely depend on the privacy settings of your Google account — and get paid in Play Store credits, which can then be used to not only purchase paid apps and games, but also make in-app payments.

If you’re looking to redeem a Google Play Store code, check out our guide here to learn how to do that.

How does Google Opinion Rewards work?

So, when you start the app for the first time, you’ll be asked to fill in some basic information, which will also determine the kind of questions that are asked from you during the surveys presented by the app. 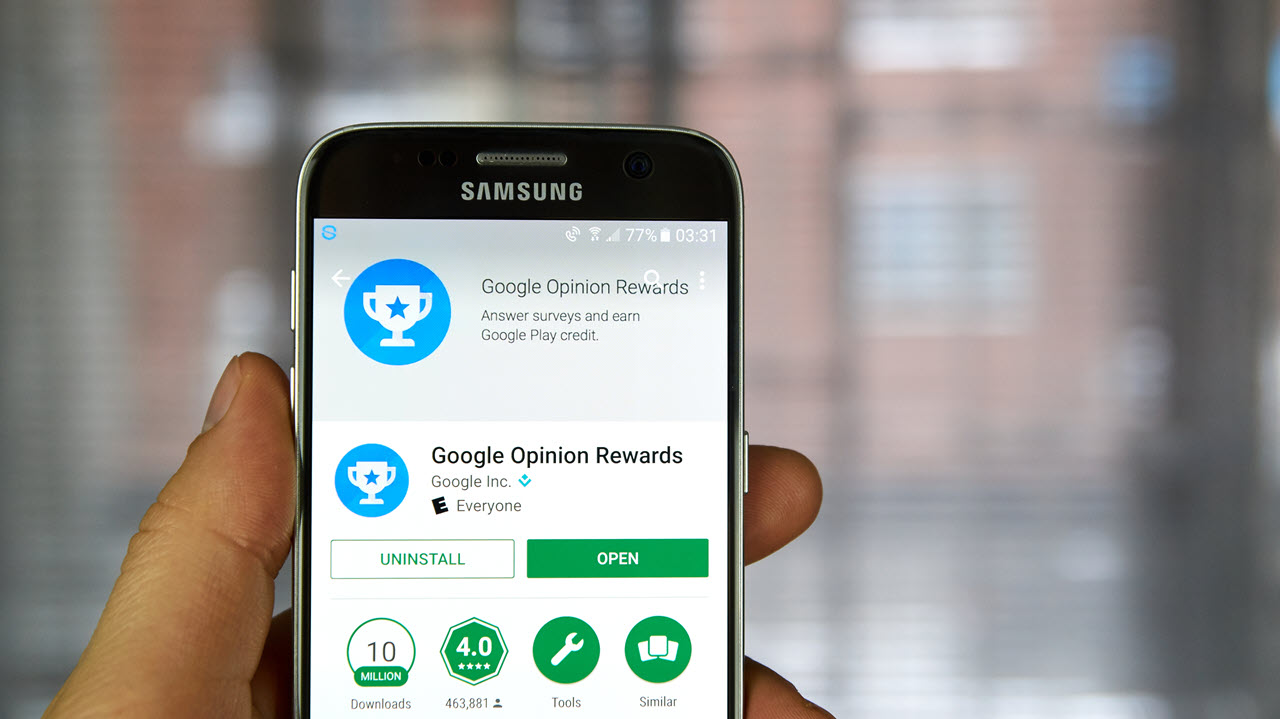 Another thing you need to know is that, apart from these questions, parameters such as your location data, language, gender and age are also taken into account when giving you surveys. So, if your location data and history are turned off via your Google account, chances are you’ll be receiving a low number of surveys.

Basically, the free credits are not only a trade-off for the surveys you answer but also the data that you provide to Google.

However, if this doesn’t bother you, Opinion Rewards will help you get free Google Play Store credits by answering a few questions in a survey. The payment for these surveys can range from anywhere between INR 5 to 15, in our experience.

We gave answers to 60 surveys, which paid us INR 541.22. Not bad, yeah? While this isn’t much, it certainly is more than nothing.

The first survey taken by the app doesn’t pay you anything, but is more like a mock for the app as well as the users, to give them a hint about the surveys. A majority of the surveys are related to Google apps and services, which most probably you already use.

Following that, you can expect every survey to pay you in Google Play credits. The homepage of the app will show any new surveys that you can take, your Google Play balance and also has a link to the Play Store.

Hit the hamburger menu on the top-left and tap on Reward history to ascertain that you were paid for the survey you took. 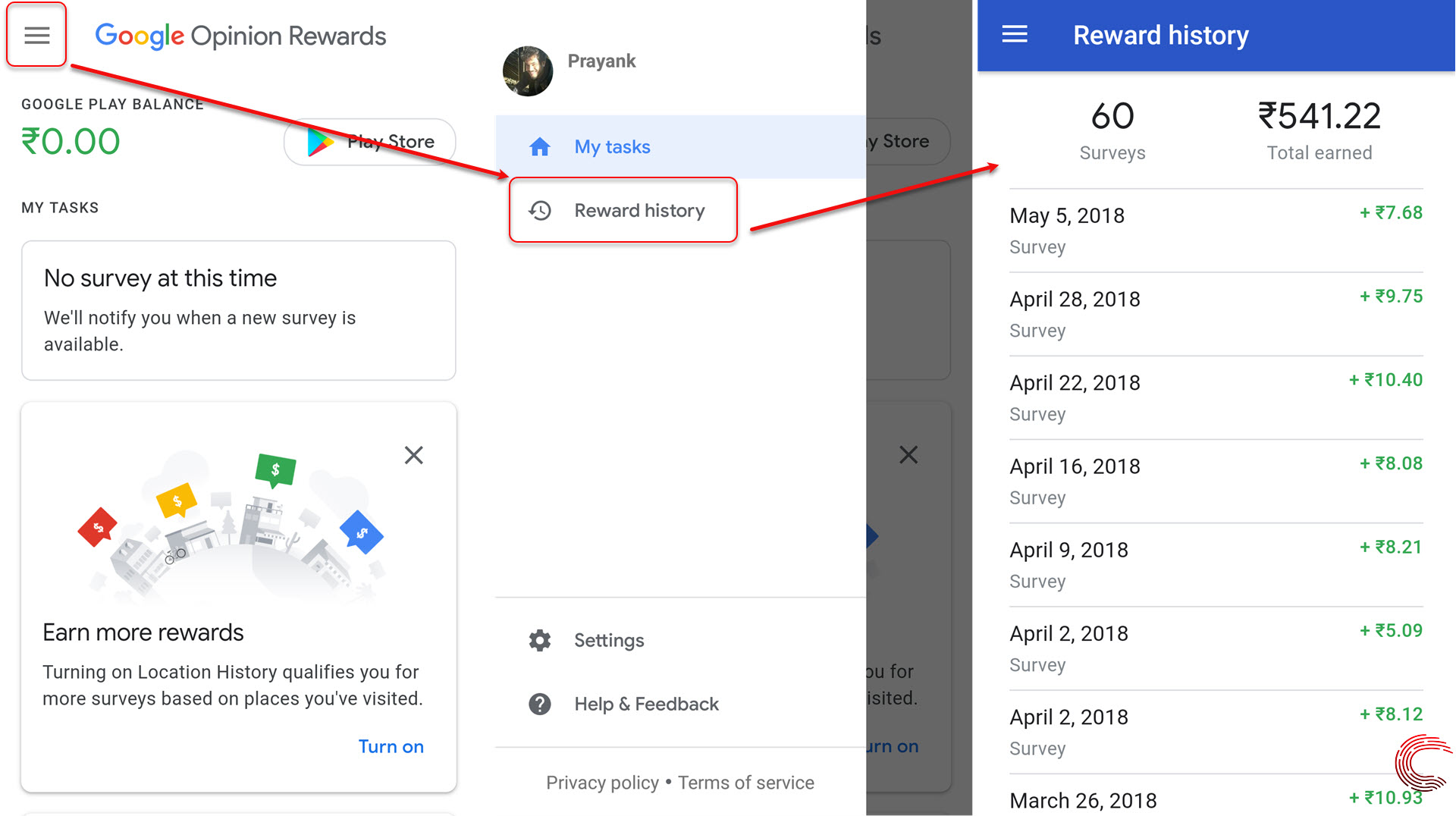 If you’re not in India, guess it’s even better for you since the app description reads that you will “receive up to $1.00 in Play credit for completing it. Questions can range from, ‘Which logo is best?’ and ‘Which promotion is most compelling?’ to ‘When do you plan on travelling next?'”

The free Google Play credit earned via the Opinion Rewards app can not only be used to buy games and apps but also books, movies, music, among other things offered by Google.

Also read: How to add text box in Google Docs?