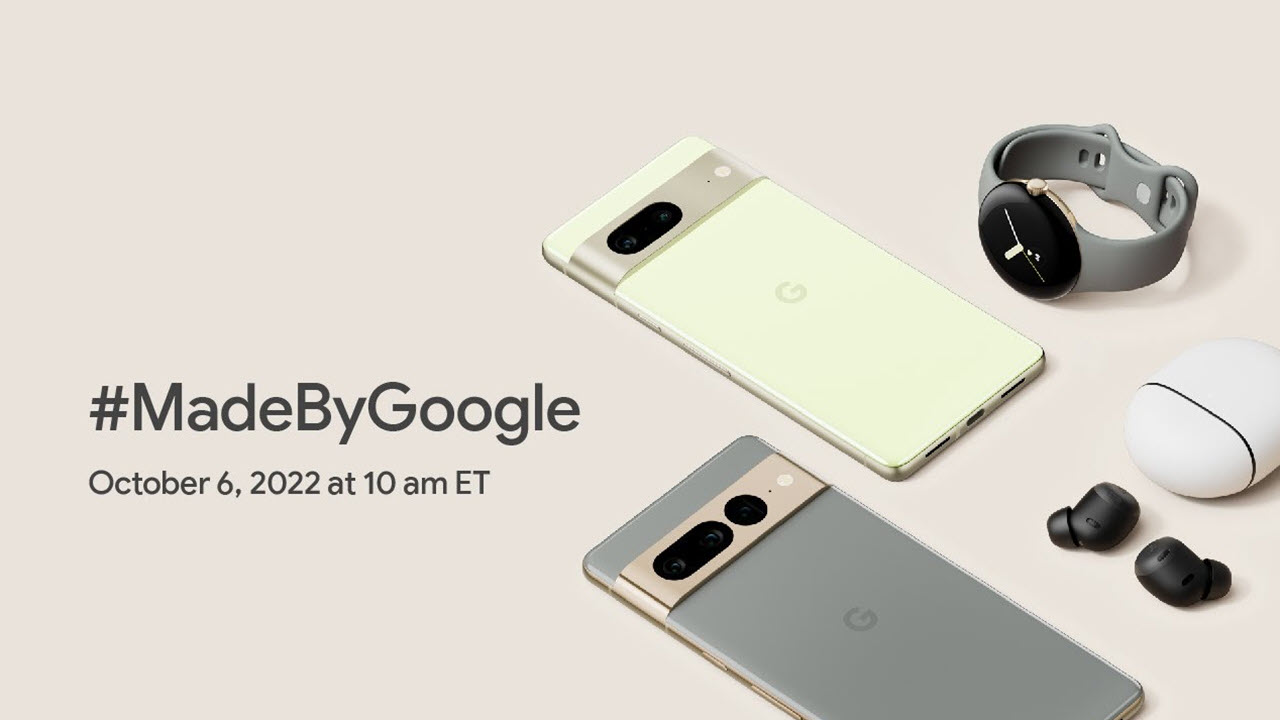 Google announced that the Pixel 7, Pixel 7 Pro, Pixel Watch and earbuds will be unveiled at the ‘Made by Google’ event, on October 6, at 10 am ET.

Google teased the PIxel 7 and 7 Pro alongwith the announcement of Pixel 6A at Google I/O 2022 and the company has confirmed that the new flagship will feature the second-gen Tensor chip, which will bring “more helpful, personalised features for photos, videos, security, and speech recognition” as compared to the previous Pixel phones.

The California-based tech titan has also teased the Pixel Watch and new pair of earbuds in the event teaser, released on Monday — a day before Apple’s iPhone 14 launch event.

“The Google Pixel Watch is the first smartwatch designed and built by us – and the first time we’re bringing together Google’s helpfulness and Fitbit’s health and fitness expertise. And it’s all presented in a new, reimagined WearOS experience and designed to work with all Pixel and Android phones, as well as Pixel Buds Pro and Pixel Buds A-seres wireless earbuds,” Google announced.

While the event will be live-streamed for those online, Google is hosting the Pixel launch event in person after two years of virtual announcements.

Other rumoured devices that might be unveiled at the event include a new Nest WiFi and Chromecast HD.

In the News: Binance to stop supporting USDC; Will convert existing tokens to BUSD