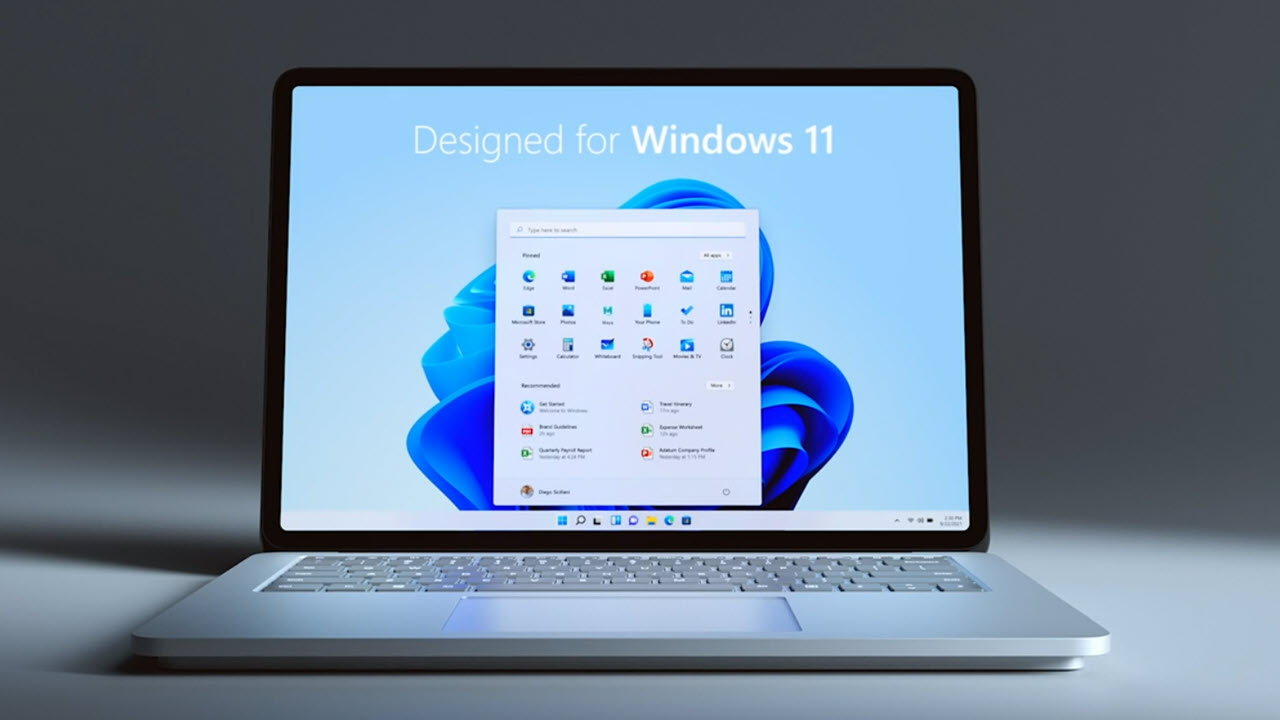 All the devices have seen major upgrades, at least internally to make them compatible with and take full advantage of Windows 11. The new Slim Pen 2 is also compatible with pretty much every device in the lineup.

All these devices are available for pre-order starting Wednesday and general availability starts 5 October, alongside Windows 11’s official release.

In the News: Surface Pro 8 gets a big refresh and a new pen

Claimed to be the most powerful surface ever by the company, the Surface Laptop Studio comes with Intel’s 11th Gen H35 processors paired up with Nvidia’s RTX line of GPUs. More specifically, the Core i5 models will ship with Intel Irix XE GPUs and the i7 variants will include the RTX 3050 Ti with 4GB VRAM.

You get to choose between 16 or 32GB of RAM and up to 2TB of removable SSD storage. You also get a 14.4-inch PixelSense touchscreen that supports up to 120Hz and runs at 2400×1600 resolution along with support for Dolby Vision.

The laptop supports three modes — Laptop mode, Stage mode and Studio mode. Speaking of which, this is also compatible with the new Slim Pen 2, sold separately.

You have two USB-C ports with Thunderbolt 4 support, the Surface Connect charging port and a 3.5mm headphone jack.

The laptop starts at $1599.99 and will ship around 5 October. You can pre-order it starting Wednesday.

The Surface Pro X now comes in a WiFi-only version, with Microsoft claiming it’s the cheapest Surface Pro X yet. The company seems to have done this to bring down costs and potentially increase battery life by a bit.

The ARM-based Surface device runs a custom SQ2 processor which is based on Snapdragon’s 8CX Gen 2 processor which actually supports 5G. However, the device itself limits cellular connectivity to 4G LTE.

The device will be available starting October 5 along with Windows and several other new Surface products starting at $899. Pre-order start Wednesday in select regions.

The Surface Go has also seen a refresh, with this generation being powered by a 10th gen i3 being up to 60% faster in terms of CPU performance. You can configure the Surface Go 3 with either an Intel Pentium Gold 6500Y or Core i3-10100Y, a major upgrade over the previous generation.

The device features the same 1080p screen, the same cameras, mics and the same ports. You also get optional LTE connectivity, Windows Hello support and does support the Microsoft Pen Protocol.

The Go 3 starts at $399 for the WiFi variant and is available for pre-order in select markets starting Wednesday. General availability starts 5 October alongside Windows 11 and other new Surface products. Microsoft hasn’t announced the pricing or availability for the LTE model yet.

Another device seeing a major refresh at Microsoft’s event on Wednesday was the Slim Pen. The new Slim Pen 2 features a custom chip called Microsoft G6 and haptic feedback to make drawing or writing feel more realistic which will only work on select devices.

The new pen can also send tactile signals when you use gestures in supported apps like Microsoft Word or Adobe Photoshop. The company claims that the pen offers increased accuracy and better shading. It supports Bluetooth 5.0 and can last up to 15 hours per charge.

The Slim Pen 2 is compatible with the following devices:

In the News: Surface Duo 2 just drops with a triple camera setup