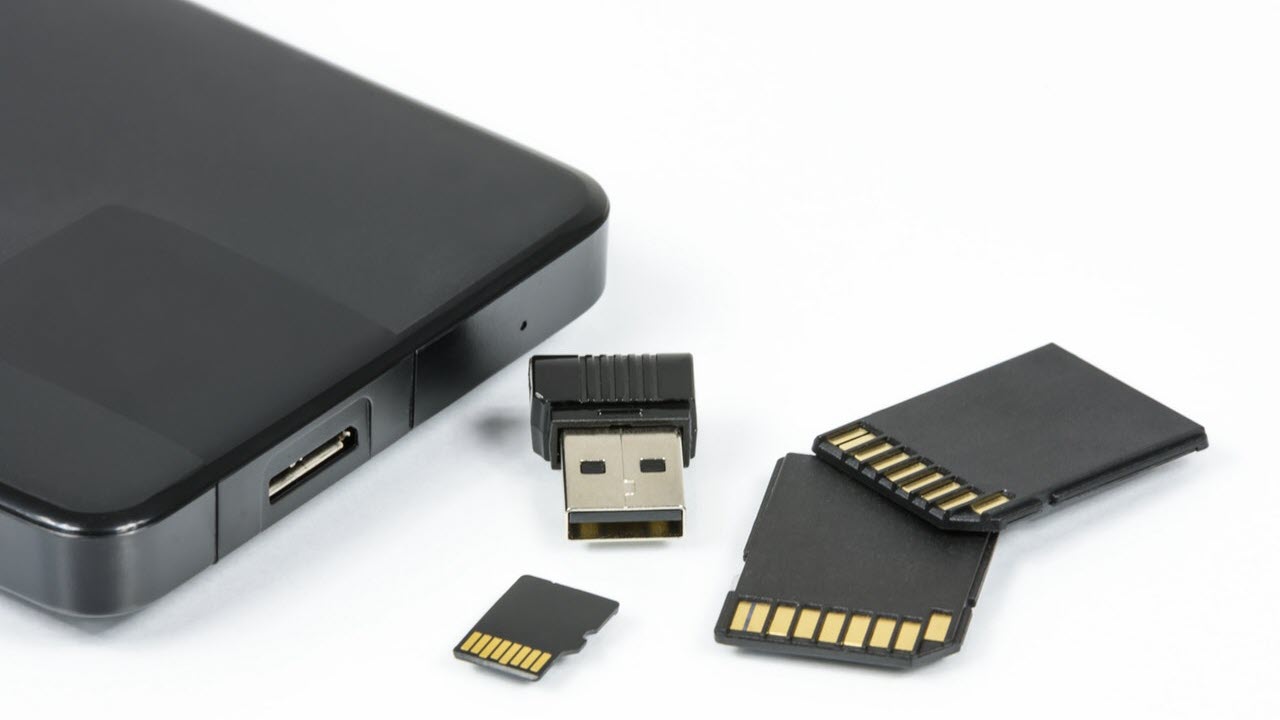 We’ve come a long way from storing data on magnetic strips. Now, microSD cards no bigger than your thumbnail can store several terabytes of data — only a dream back in the days of floppy disks and CDs. Everybody stores data, and in roughly two decades, we’ve gone from HDDs that were about the size of a car (and costed more than cars) to memory cards smaller than our nails.

From punch cards through floppy disks to cloud storage, this is the evolution of storage devices:

Punch cards were pretty much the first storage device ever. These were used to store information, as well as for inputs to the most primitive computers. They would often be used as FORTRAN inputs to the first computers back around in the 1980s.

A punch card could hold about 80 characters, which translates to roughly 0.08 KB. Although punch cards are now obsolete as recording media, they’re still used to store data in standardised testing and sometimes voting.

Although initially invented in 1932, the magnetic drum wasn’t used in computing until World War II — where it was developed further by the US Navy codebreakers. One drum would usually be 16 inches long and held 40 tracks that would spin at 12,500 RPM. 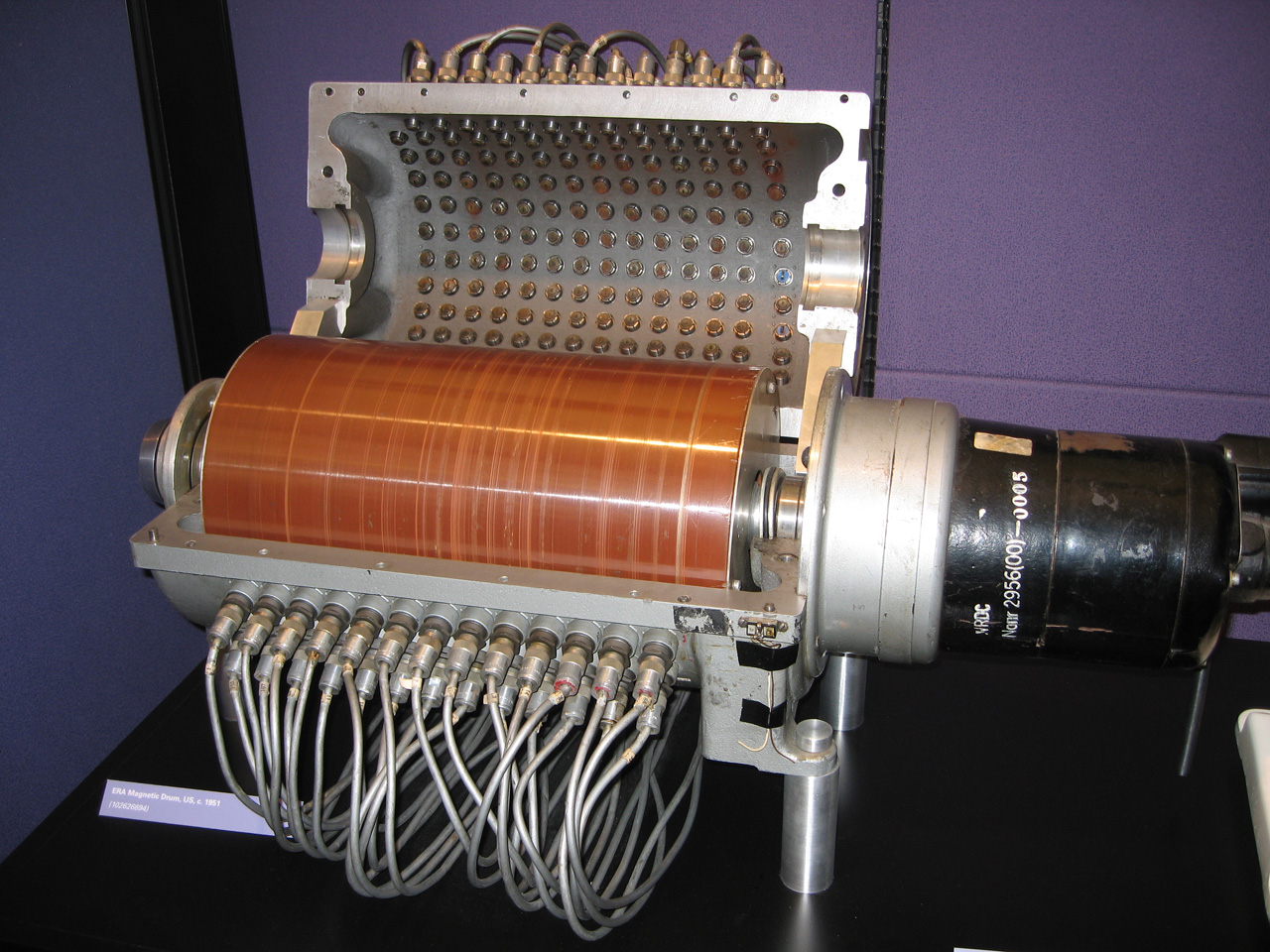 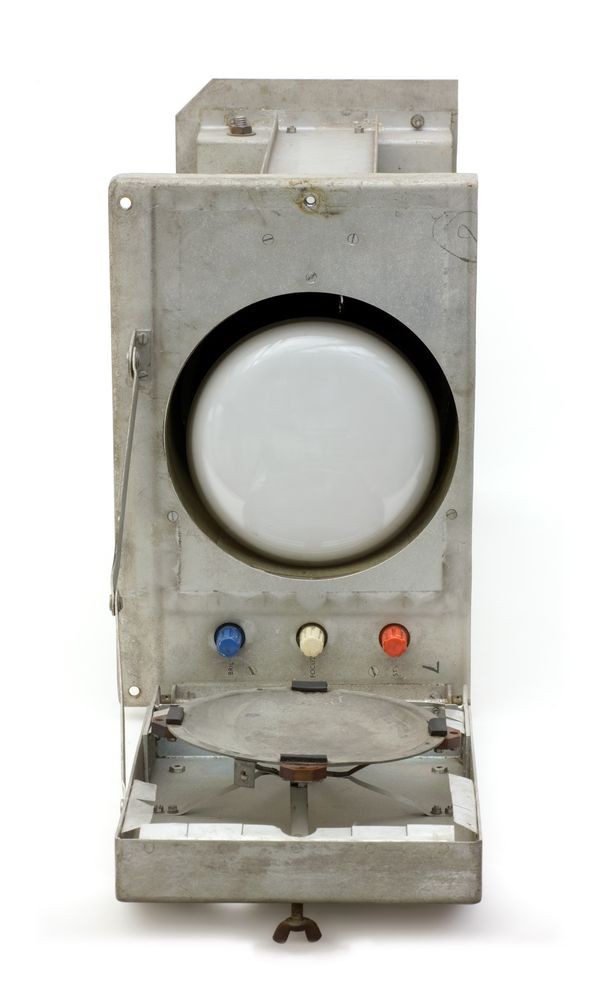 It was the first form of RAMs as we know them today. They were also the first fully electronic form of memory. Each tube was about 16.5 inches long and 6 inches wide and stored data in the form of a dot on Cathode Ray Tubes, the same ones we saw being used on TVs and monitors.

While this was a groundbreaking invention, it was short-lived as soon newer, faster technology appeared on the market. It now is practically unknown today.

While we continued to stick with magnetic media, now we were making progress. Magnetic Tape Drives, or more commonly known as Cassettes, were pretty much the first widely used storage medium. 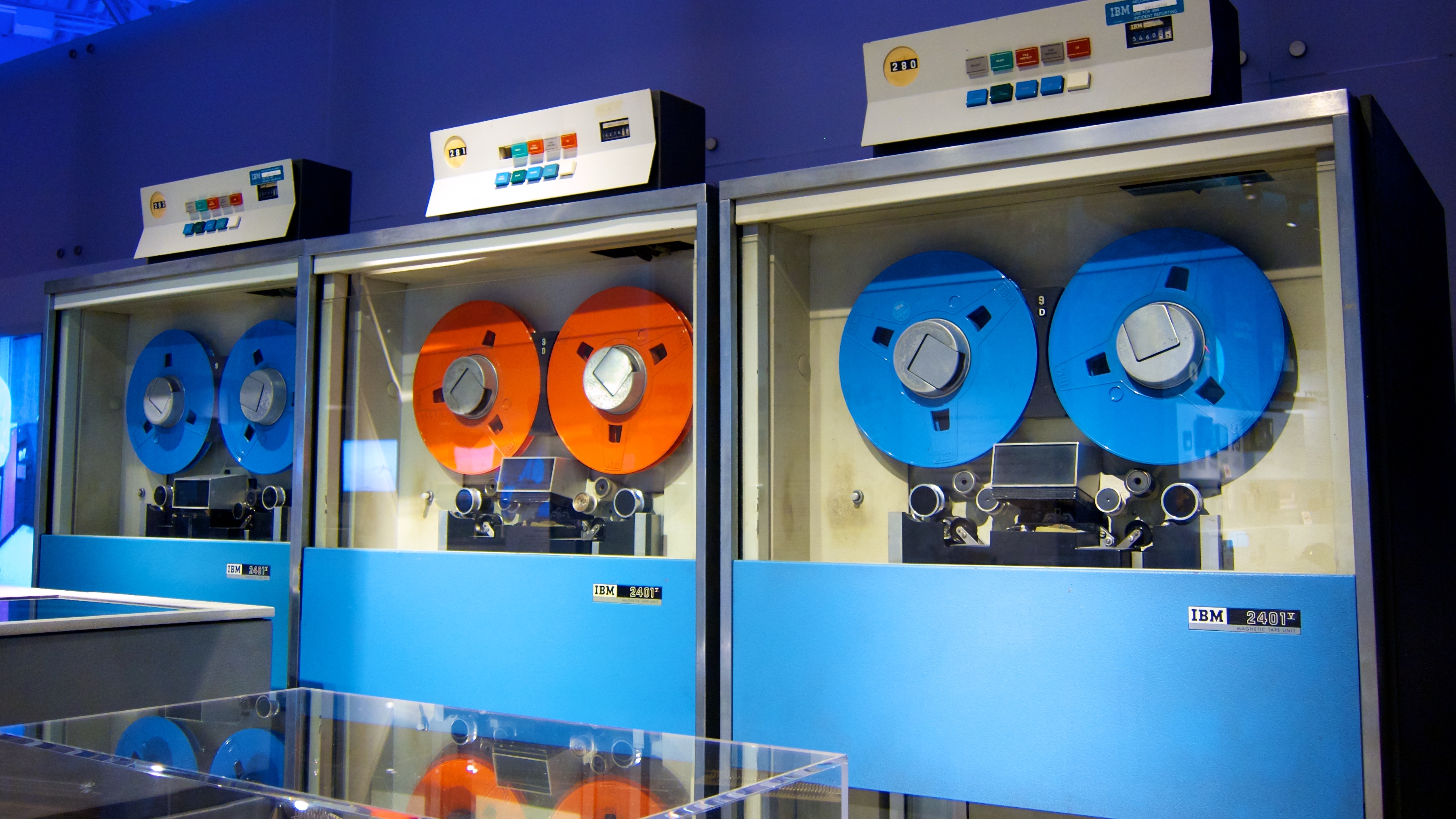 It was a 1200 foot roll of tape rolled in a small rectangle that would plug you into a reader (player) to play out. Initially invented in Germany in 1928, it was first used as data storage in 1951 on the Eckert-Mauchly UNIVAC I. More popular and compact versions appeared in the 1980s in the form of — you guessed it — cassettes and VHS.

Because of its inexpensive nature, it is still used for archiving data today.

Again, not a big evolution towards sheer storage capacity, but electronic media and data transfer speeds. 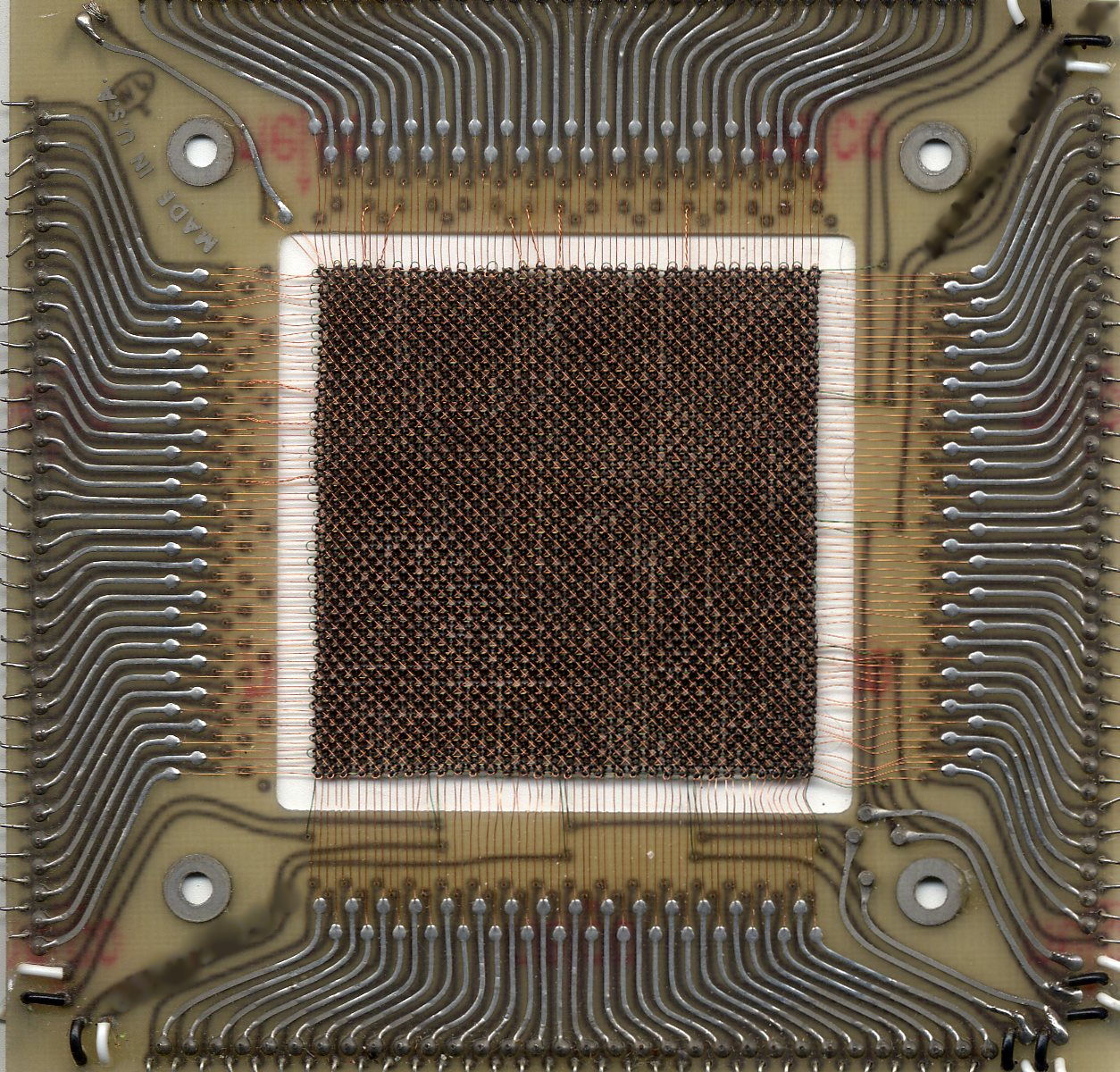 Invented in 1951, it was first used in the MIT WhirlWind Computer. It remained the standard in computing from 1955 to 1975. In 2004, a magnetic core memory system was still in service in a telephony control system. Nowadays, it is just a study topic for modern enthusiasts.

Also read: A brief history of the Computer Mouse

Storage media has finally begun to take the shape in which we know it today. The first HDDs appeared in 1956 and were the size of a refrigerator, weighing over a ton.

HDDs are still in use today. With the modern versions being much smaller, lighter, have more storage capacity and are way cheaper. The elder brother to the HDD, the Solid State Drive (SSD) was invented by Samsung and is even smaller and faster. Besides, since SSD is electronic, it lasts way longer than an HDD.

The first floppy disk, invented by IBM in 1967, was about 8 inches in size and could hold roughly 80 KBs of data. Again, not a big step forward in terms of data capacity, but towards portable forms of storage media.

By 1978, more than ten manufacturers were producing 5.5-inch floppy drives, the improved version of the 8-inch ones. However, you might only remember the 3.5 inches floppy best as it was perhaps the most common one in use.

Although floppies are obsolete today, they are still used in some US nuclear bases.

I don’t think any explanation is needed here. Pretty much everyone who’s reading this has seen a CD at some point in their life. They were invented in 1982 by a joint venture of Sony and Phillips. 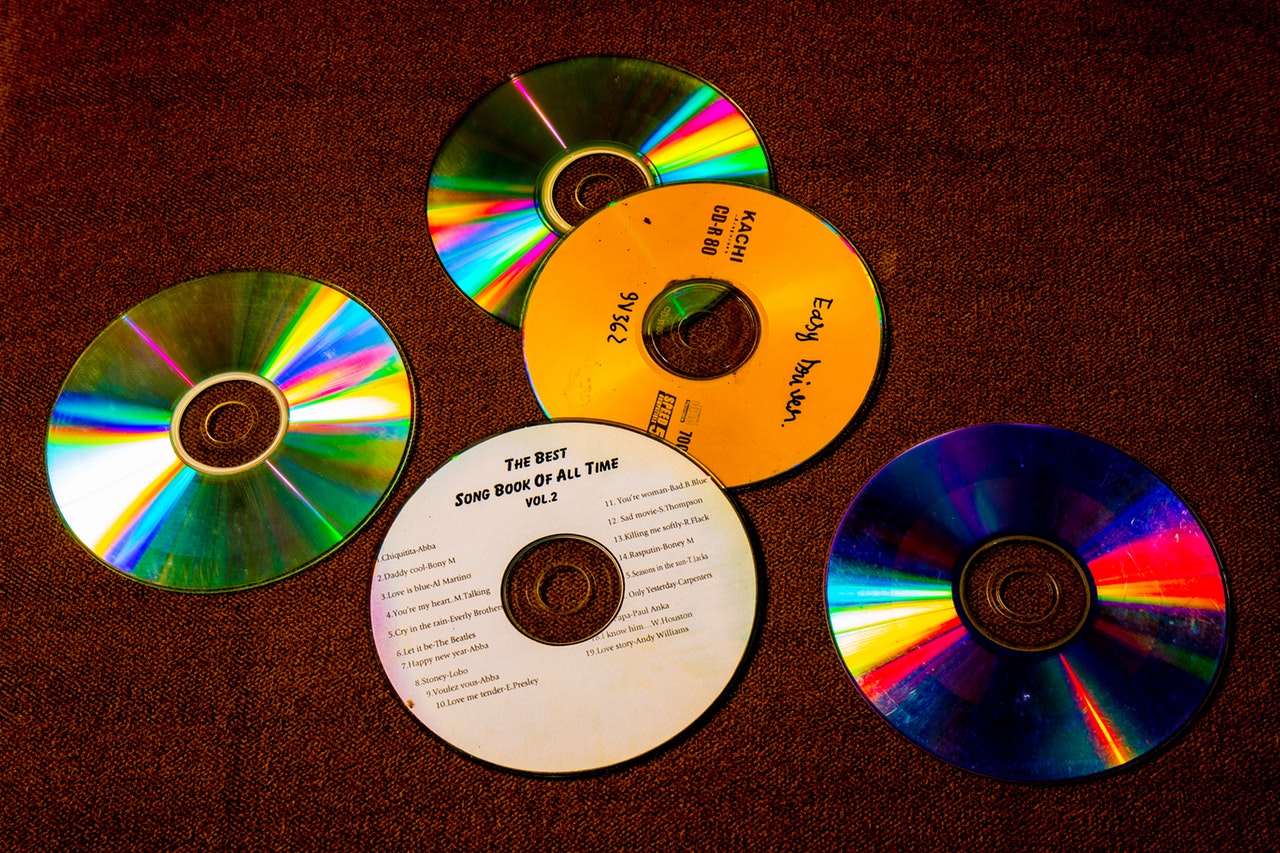 And that’s because of just how popular they were. They were easy to read/write data, were cheap, accessible and were quickly adopted as the medium for mass distribution of data. Games, software, music, movies all sold on CDs (and later DVDs). So much so that they revolutionised the music industry in the 1980s replacing the cassette and the vinyl record.

Another joint venture by Sony and Phillips, the DVD was meant to replace the CD. 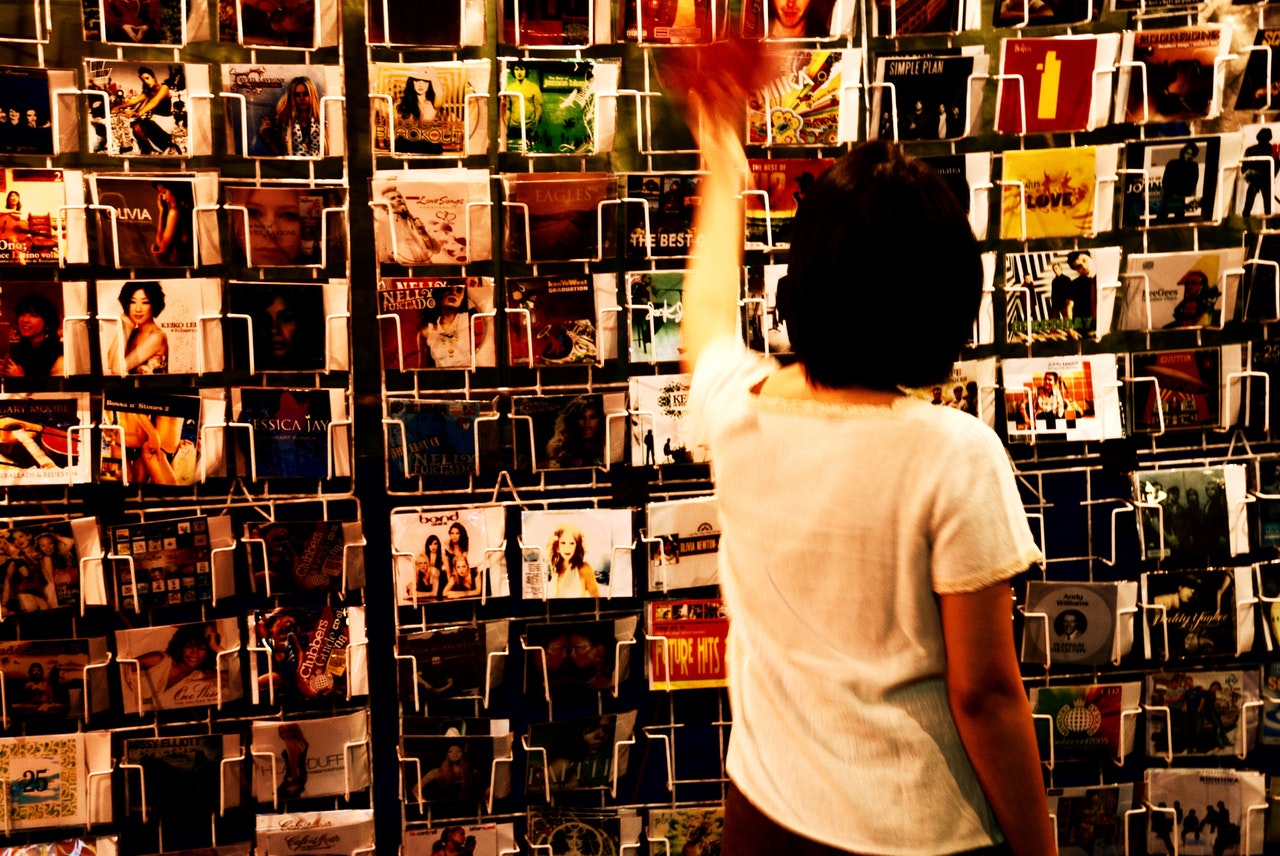 It worked in the same manner. It was the same size as a CD; in the beginning, it just had roughly double the storage, which later expanded even more. As the name suggests, the DVD revolutionised the film industry even further, and by the time it released, almost every film release was being sold on DVDs. It completely replaced the VHS.

Later on, it would be replaced by the Blu-Ray disc as we know it today.

Yes, SD cards weren’t always 16 GB ones as we are used to seeing today. They used to come in all different shapes and sizes and for better or for worse, changed the face of portable media. I still remember my first phone, the Sony Ericsson k750i, had a 64MB Pro Duo SD card made by Sony. 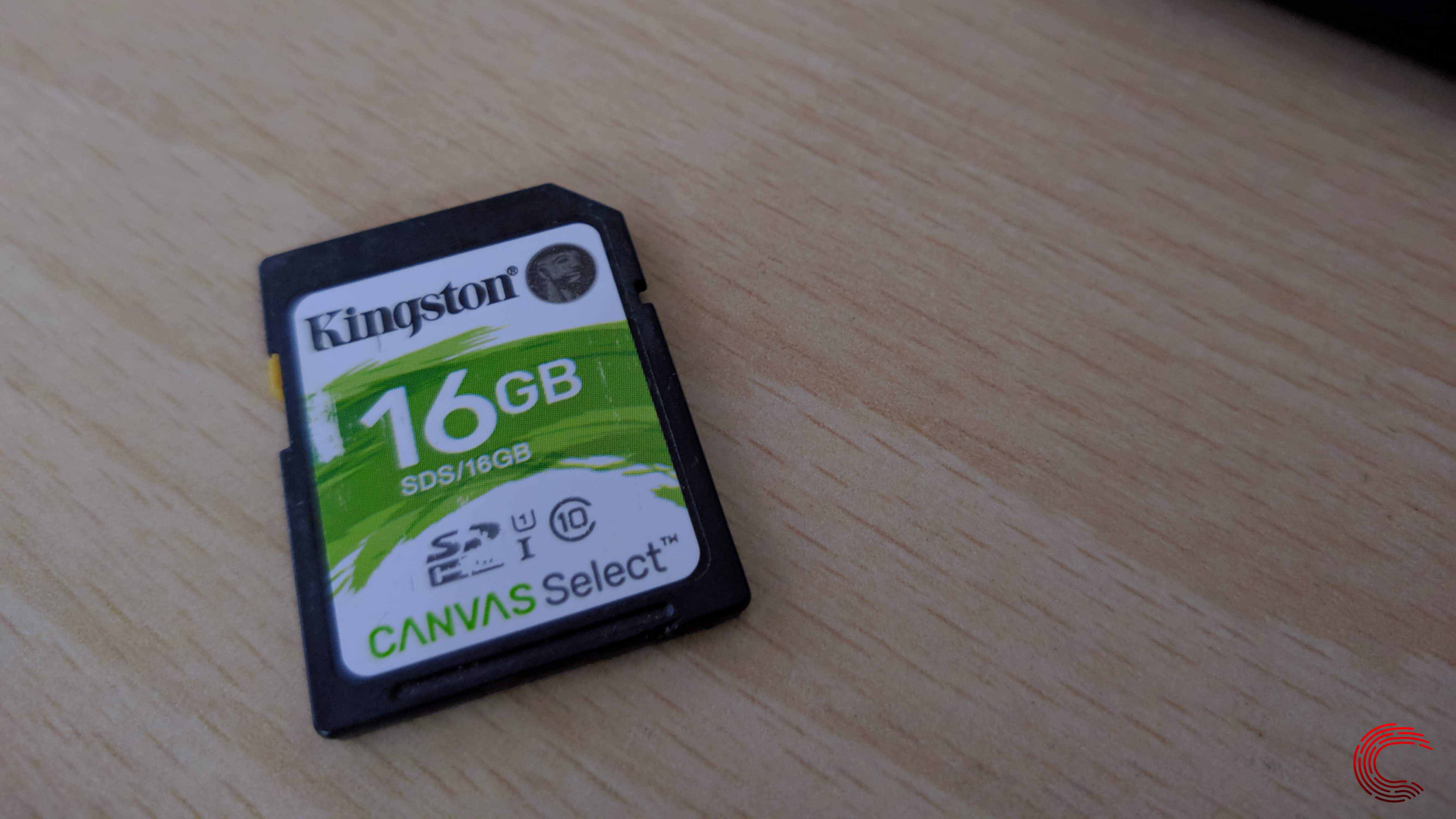 A joint development by SanDisk, Panasonic, and Toshiba in 1999 resulted in the Secure Digital Standard. This used flash memory to store data onto a very thin and small chip. There were obvious advantages of using it, and as we can see today, those advantages were well exploited.

Soon modern versions of the cards like MicroSD followed and nowadays SD cards are the mainstream data storage devices for portable devices such as cameras and smartphones and even laptops.

Also read: What are memory card classes? Which one should you buy?

Known by more names than I care to count, the USB Flash drive was another innovation in the portable media industry. 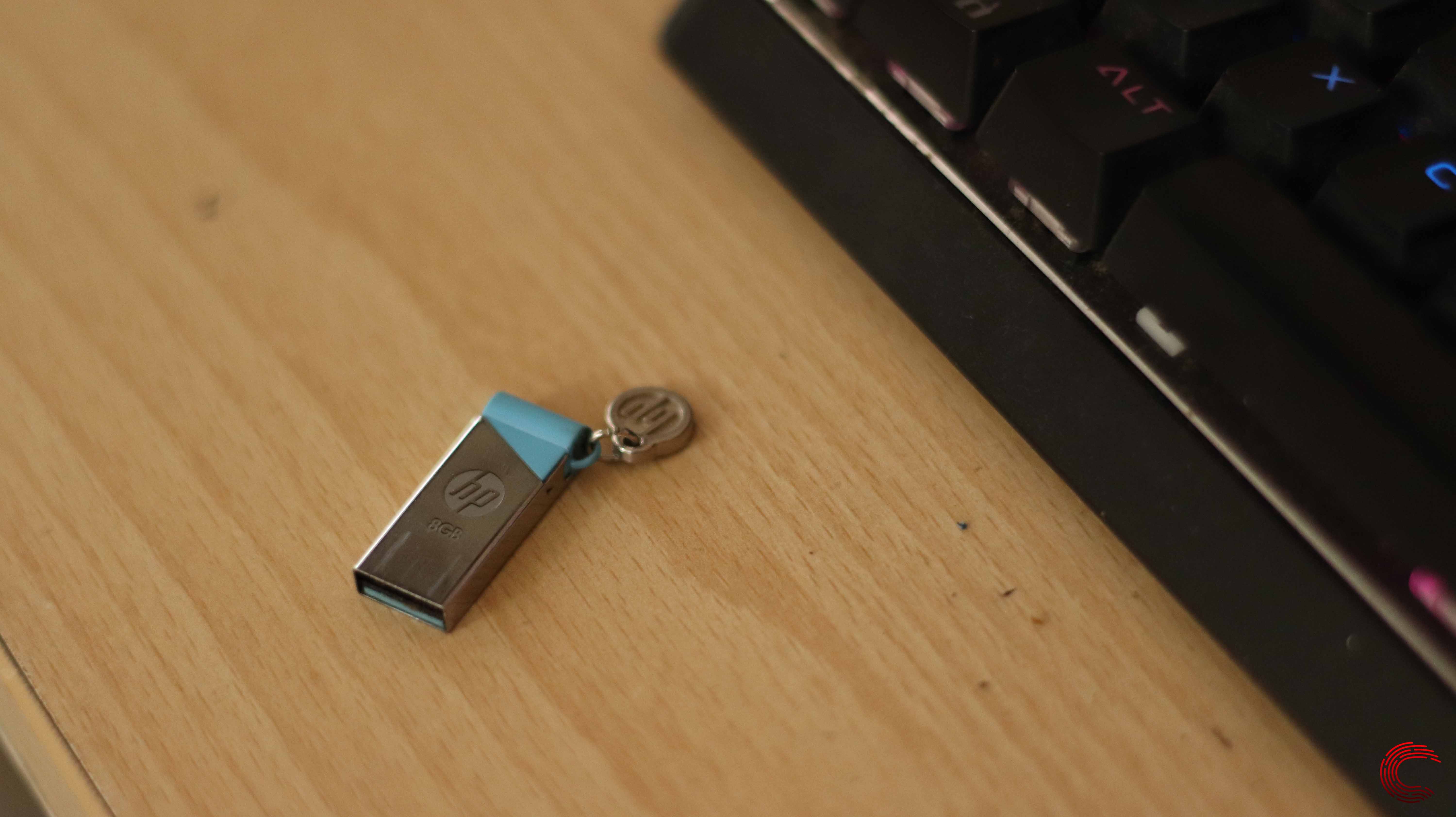 Developed by an Israeli company called M-Systems, the USB Flash Drive quickly became extremely popular. On the inside, it works just the way the SD card works. However, what made it so popular was the fact that you could simply plug it into your computer’s USB port and you’re good to go.

Modern-day flash drives can hold as much as 2 TBs.

The successor to DVD, Blu-Ray yet again revolutionised the media industry. While DVD was only capable of 480p video, Blu-Ray could easily handle 720p or even 1080p. 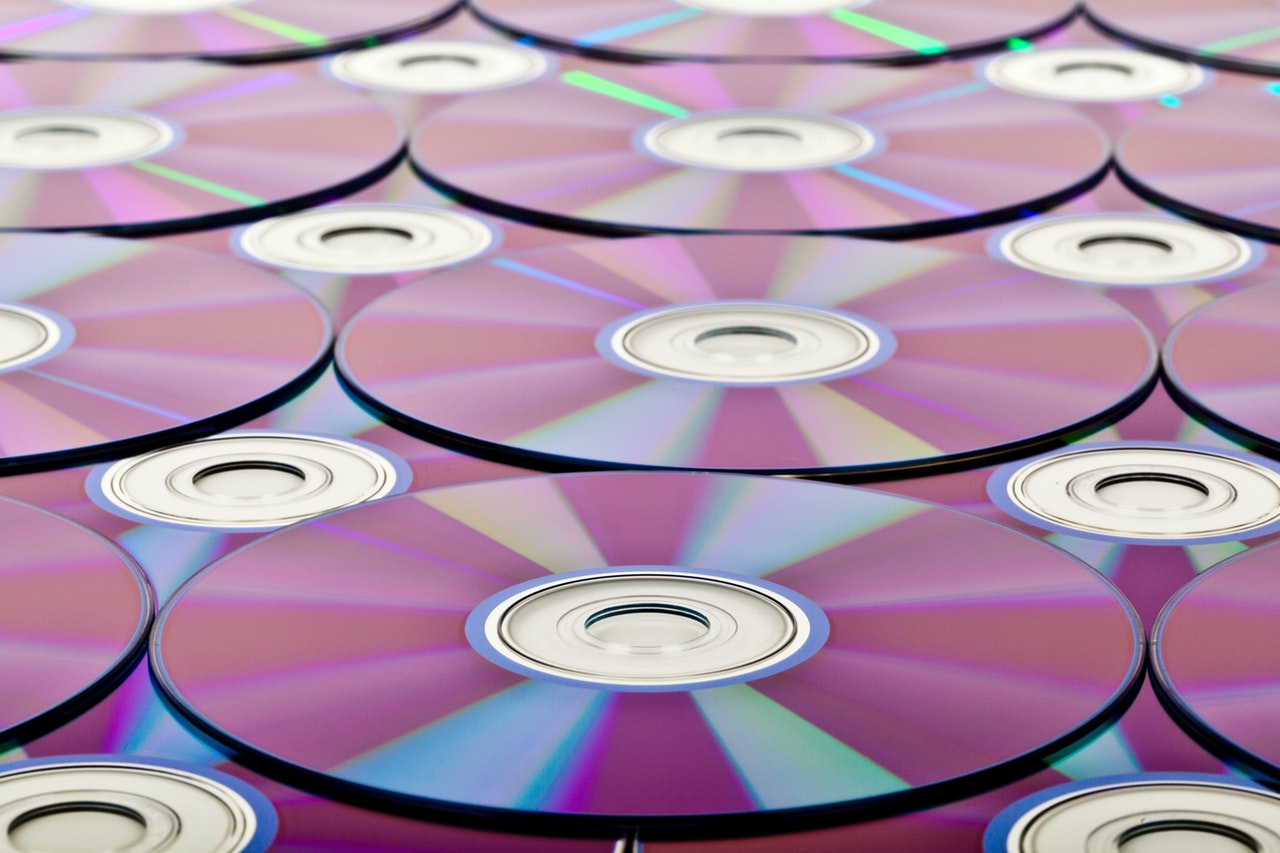 The only downside was that since it used the blue laser wavelength (hence the name Blu-Ray) instead of the Red used on DVDs, you would need to buy a dedicated Blu-Ray player. Other than that, it was successful in replacing the DVD.

This is the modern face of data storage that we are currently dealing with. Google Cloud, iCloud, Dropbox, OneDrive etc are all types of the same storage. 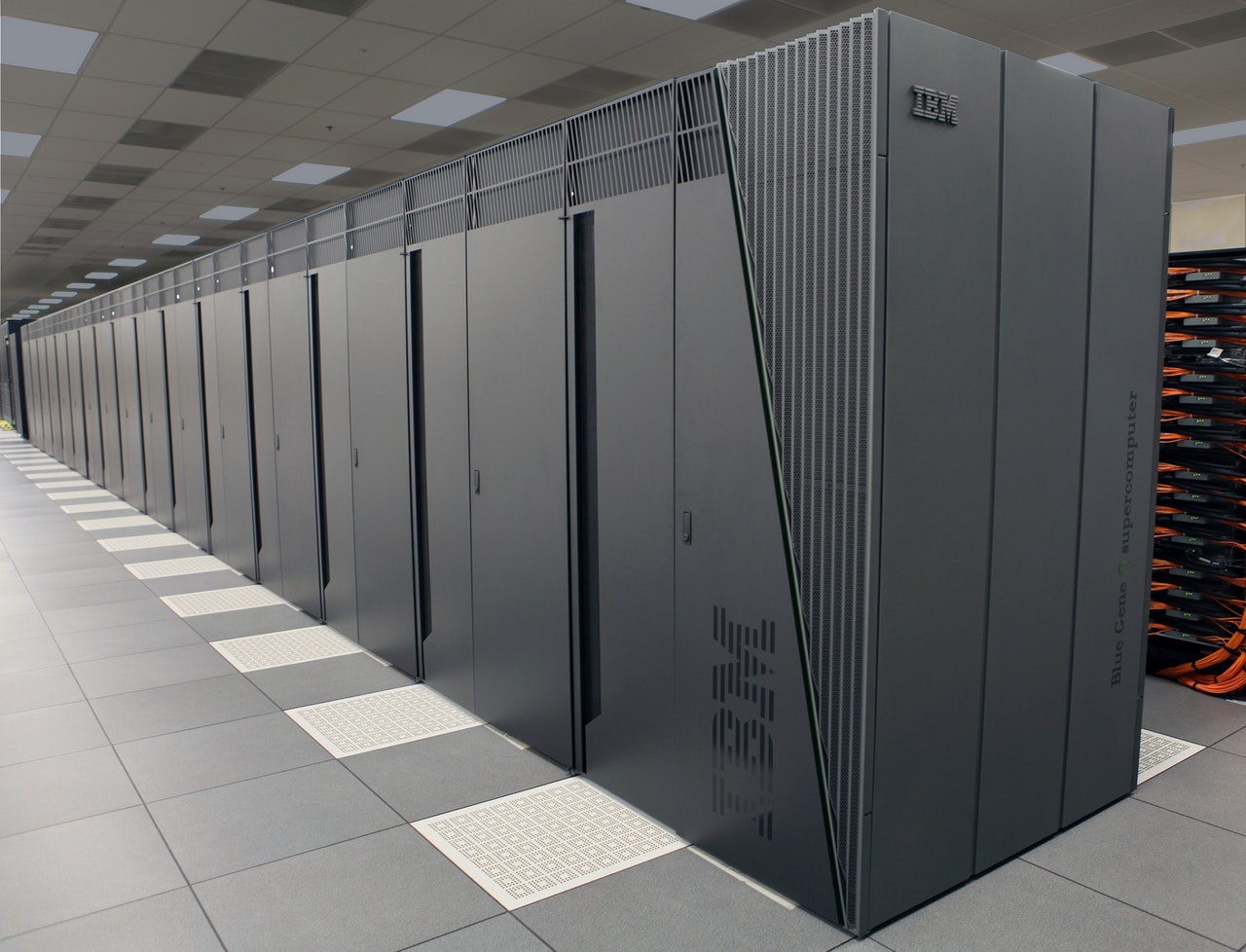 Here, your storage capacity is only limited by how much you are willing to pay for it. You can store as much data as you want and access it from anywhere you like. Any device, any country, any location around the globe. The internet has done wonderful things for us, and Cloud-based storage is one of them.