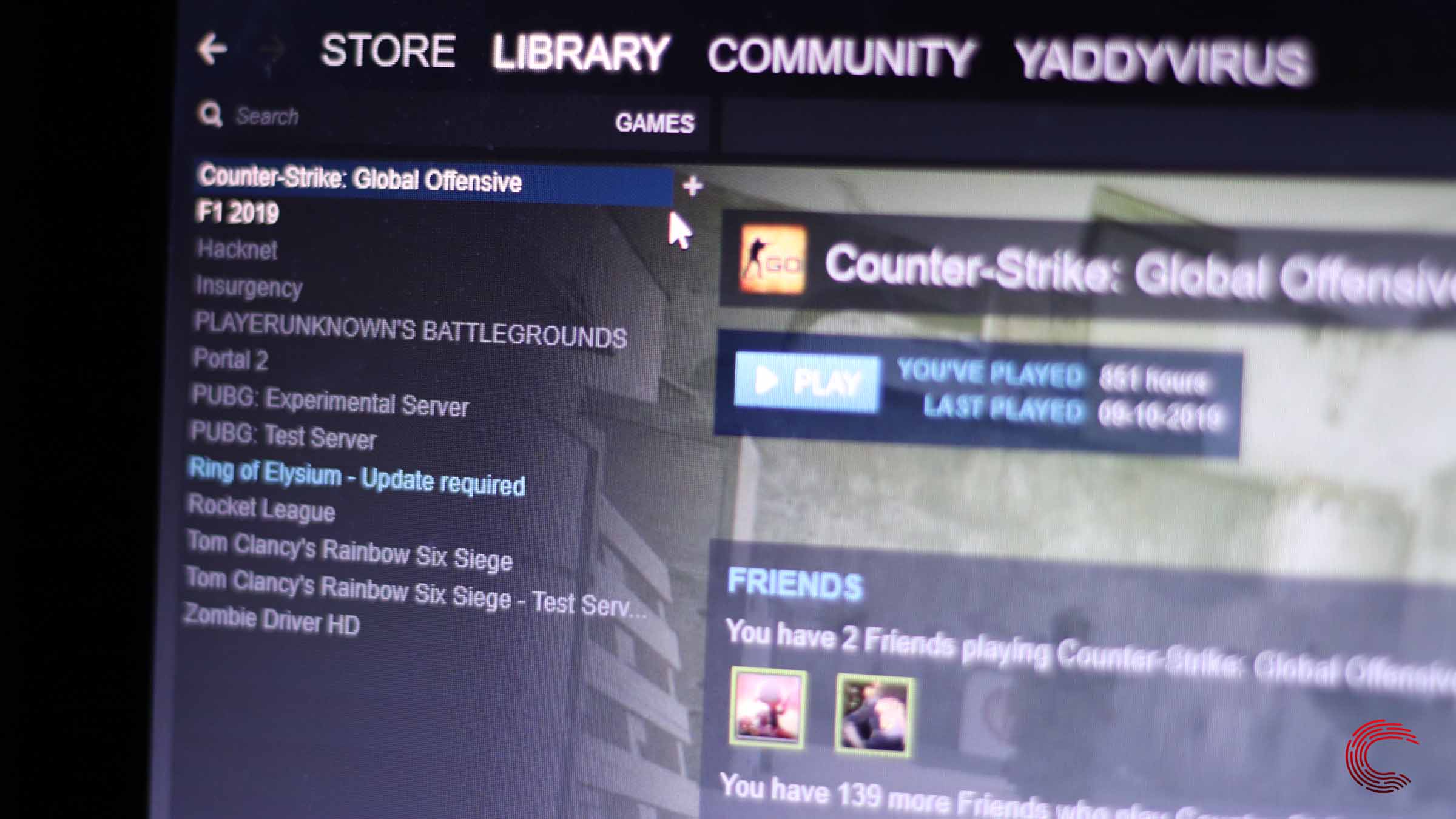 As the video game industry pushes for better in-game graphics and more realistic physics, the games require some really powerful computers to run. Now for the hardcore gamer, this isn’t really a problem. However, for someone a bit casual, things can stack up really fast.

Most modern titles require mammoth PCs to run them smoothly. Everyday use PCs and laptops with integrated graphics can’t really seem to keep up. All hope is not lost though.

In this article, we bring you the top 11 PC games that you can run on almost any system.

This all-time classic title has now been around forever and anyone who is even remotely into gaming has played it. The great thing about CS is the number of versions it has. From 1.6, Condition Zero, Source to Global Offensive you can pick anyone and it’ll run just fine.

To be honest, Global Offensive might run into some hiccups, considering the significant modernization it has gone through over the years. However, other instalments like Source, Condition Zero or even CS 1.6 can run on pretty much any PC.

What’s surprising here is the number of players still playing these older games. A simple google search will show you hundreds of servers to play on. It has been a great game and continues to be a benchmark in FPS games.

Portal, as the name suggests, is a game where the player makes portals using a Portal Gun to solve puzzles, which keep getting more and more difficult.

Another game by Valve, the game features decent graphics and a hell lot of fun. Seriously, these games will keep you scratching your head for hours. What’s more? They even offer multiplayer and Coop gameplay for extra fun.

Both the instalments in the Portal series can run on pretty much any computer you try them on.

Also read: How to control the maximum volume limit on your iPhone, iPad or iPod?

Yet another game by Valve, Left4Dead 2 brings some super fun zombie hack and slash gameplay to your PC.

Set in a Zombie apocalypse, the goal is to survive through a gruelling storyline full of zombies of all different sorts. There are a lot of weapons/kits to scavenge and the game will surely keep you at it for hours.

It also is heavily based around coop gameplay. The game requires 4 players to be played to its full capabilities, however, should you decide to hop in alone, you still will have to coordinate with bots.

If you’re into realistic FPS games, this one is the ultimate game for your low spec PC.

Insurgency puts you in the boots of a common soldier across battles ranging from wide open terrain to tight urban corners. You get no aids whatsoever, no supports, no health bar, no ammo count no nothing. It’s just you and your skill.

Players get to choose from a variety of weapons for their loadouts. They can also decide what role they want to play on the battlefield. The game puts you right in the middle of epic large scale battles.

However, with the release of Insurgency: Sandstorm, the game’s popularity has dipped a little bit. It’s still a good try nonetheless.

This one’s a bit different from most ‘games’ that you’d play.

Hacknet is basically a hacking simulator game where you take control of a young hacker who has been chosen to carry out several tasks. The game features real Ubuntu/Linux commands and even requires some basic understanding of networks and protocols to be understood.

Don’t let the nerdiness fool you though. The game is still super fun to play and the tutorial will have you up and running in no time. More than a game, it’ll also be a learning experience for you.

This one doesn’t need an explanation, does it?

It is basically a re-release of the legendary PUBG PC game in a lighter version that can run on integrated graphics as well. PUBG lite is more of a crossover between PUBG mobile and PUBG PC. Nonetheless, it is still super fun and strikes the perfect balance between fun and realism.

The graphics on the game are also pretty detailed and very closely resemble those of the PC version. Overall, it makes for a super engaging game that brings the PUBG experience to a wider audience.

Cuphead is a super beautiful looking 2D game that’ll run on most PCs without a fuss.

Developed by indie developer Studio MDHR, the game features beautiful graphics and some pretty nasty challenges. There are about 19 bosses in the game so far, with more being added with DLCs.

Fun fact — the entire MDHR studio consists of friends and family members of the original developers Chad and Jared Moldenhauer, who sought to help complete their dream project.

Earlier a browser-based game hugely popular on Facebook and Kongregate.com, Contract Wars eventually released their own downloadable client for PC.

The game is similar to most FPS games, with a heavy focus on weapon mechanics and ballistics. The graphics are also seriously nice for a game which can run on pretty much anything.

There’s also a huge variety of game modes, maps, weapons and custom load-outs to choose from.

This is by far one of the most popular video games on the planet. Not only in terms of the number of players, but also in the number of devices that can run it.

Sure the graphics aren’t exactly mind-boggling, but that’s not why you’d want to play this game. It isn’t just for kids either. Jump into the game and start digging, you’ll realise that there is a lot you were missing out on.

Roughly 9 years old at this point, Blur initially released on 25 May 2010. Since then, however, it’s been an ultimate legend in the racing game genre.

Since the game is quite old, almost any modern PC can run it. There’s a good blend of fun gameplay elements and driving realism. The players also get to chose from a bunch of cars across various classes and some pretty interesting game modes.

Blur also packs some pretty good multiplayer features. Not only you have your standard LAN, and internet lobby game modes, you can even go split-screen with up to four people. In a time where internet coop has almost entirely taken over, this game offers a breath of fresh air.

A top-down strategy planner game, Civilisation V is often referred to as the ultimate PC game.

Not only it can run without too beefy a system, but the game also has some excellent gameplay mechanics and just the general flow of the game will keep you at it.

The players start with an early civilisation with little to no resources and build their way up the ladder, building, harvesting and most importantly, defending their civilisation from invaders. All in all, it’s a must-try if you’re into strategy-based games.