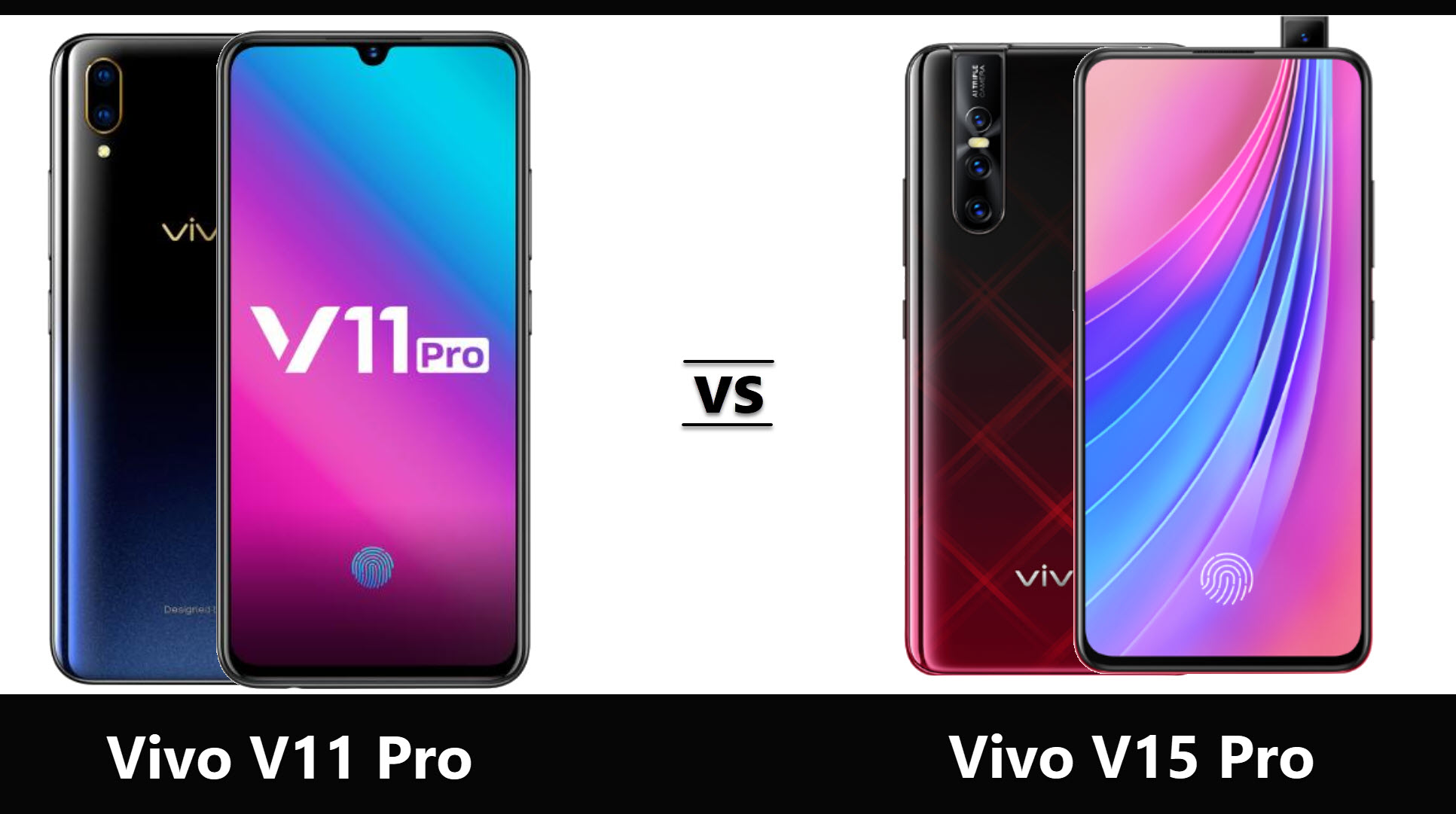 Vivo’s recent releases have been priced competitively, and that has allowed the company to enjoy an increased market share in India (Q1, 2019) at 15%, behind Xiaomi and Samsung who sit at 31.4% and 24.4%, respectively. But the stat that’s more interesting than their market share is their annual growth at 108%, which dwarfs all other smartphone manufacturers growth during that period. The second quarter of the year saw Vivo rising to 18% market share, still behind the other two, but at an annual growth rate of 63%, which is commendable.

Vivo has launched many smartphones in the market, and some of them are very similar, and it can be confusing to choose the one that suits your needs. They launched the V11 Pro in September 2018, and it retails at INR 18,100 in major retail and online stores. The phone has solid specs and gives any phone a run for its money in its price range. But since technology keeps evolving continuously, Vivo launched a new phone, the V15 Pro, in the same price bracket in February 2019, which retails at INR 23,990.

This article will help you choose the correct phone between Vivo V11 Pro and V15 Pro. Both the phones are compared below with a specification table at the end of the article.

The 675 is an 11 nm chipset and is sturdy for everyday tasks. Snapdragon 675 is more powerful than 660 and also more power-efficient. The GPU on V15 Pro is even more powerful, which comes into play while gaming. V15 can handle graphics-intensive games such as PUBG and Asphalt 9 with no issue.

V15 Pro overpowers the V11 Pro in terms of processing power by a considerable margin and is more power-efficient at the same time.

The V15 Pro has a 6.39-inch (16.23 cm) super AMOLED capacitive touchscreen. The smartphone has a notch-less design with the same resolution of 1080×2340. V15 Pro looks aesthetically more pleasing due to its bezel-less design — which translates to no notch.

Both the phones have the same RAM, but the V15 Pro provides you with double the storage capacity of the V11 Pro.

Also read: What’s the real capacity of your power bank?

The V15 Pro has more battery capacity and the latest Android version, which helps its case.

Vivo V15 Pro is an upgrade to the V11 Pro, which was launched six months earlier than V15 Pro, specs as the phone provides better CPU and GPU performance. V15 Pro has a better camera and a bigger battery too. V15 Pro is the obvious choice if you have the budget, but if you don’t, consider V11 Pro as your next purchase — although a step-down from the V15 Pro, the V11 Pro also packs a punch.